More than 3,000 additional places will be offered on midwifery training courses in England over the next four years as part of government plans to boost staff numbers and increase patient safety.

Health and Social Care Secretary Jeremy Hunt announced the move, which is equal to a 25% increase in the number of training places. Mr Hunt said this was part of “the largest ever investment in midwifery training” and comes alongside an “incredibly well deserved pay rise for current midwives”.

The plans will see an additional 650 training places created next year, then a further 1000 a year for the following three years. The role of Maternity Support Workers (MSW) will also be professionalised, including the introduction of a national competency framework and voluntary accredited register.

A key goal of the increase in midwife training places is to ensure that mothers can be seen by the same midwife throughout their pregnancy, labour and birth. Mr Hunt announced that the majority of women should be receiving this ‘continuity of carer’ model by 2021, with the interim goal of 20% of women benefiting from the model by March 2019.

Making sure women have the same care team throughout all stages of their pregnancy and birth should have a marked impact on patient safety. Research suggests there are several clear benefits for mothers from continuity of care, including:

Ensuring continuity of care is therefore intended to be an important step towards Mr Hunt’s ambition to cut by half the number of stillbirths, neonatal and maternal deaths and brain injuries that occur during or soon after birth by 2025.

The Royal College of Midwives (RCM) welcomed the announcement, but called it “very long overdue” with RCM chief executive Gill Walton drawing attention to her organisation’s history of campaigning on the issue of midwife shortages for over a decade.

Ms Gill said: “The priority for all maternity services is ensuring every woman has a named midwife during pregnancy and one-to-one care in labour. This is what maternity services are currently struggling to provide universally and consistently and this is why the new staff will be so crucial.”

However, Ms Gill claimed that training more midwives was only half of the solution as it was also vital to ensure that the newly qualified midwives would be able to secure jobs within the NHS. She highlighted the issue of funding, stating: “Trusts are going to need an increase in the money they get so they can employ the new midwives.”

Hopefully, this boost to training places, combined with the 6.5% pay increase offered to midwives (along with more than one million other NHS staff) will lead to a significant increase in midwife numbers over the next few years. This should then have a positive impact on patient safety, leading to a decrease in infant mortality and birth injuries to both babies and their mothers.

If you or your child were injured during childbirth due to errors in your care, you may be entitled to birth injury compensation. Our highly experienced birth injuries solicitors can offer you all of the support you need to claim compensation and ensure the best outcome for you and your family.

Please be assured that any information you share with us will be treated with the strictest confidence. 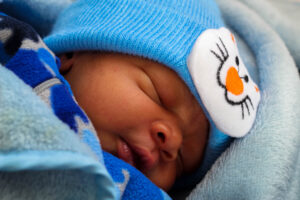